Na Fianna clinched a semi-final place for the first time since 2015 with a deserved win over a fancied Donaghmore/Ashbourne in Pairc Tailteann on Saturday evening.

Donaghmore/Ashbourne missed a hatful of point chances in the first half, and Na Fianna were indebted to Shane Geraghty as the expert shot stopper made two point blank saves to deny the Ashbourne side a goal. Na Fianna were reliant on former County player Jamie Queeney in the half as he kicked three fine points while current Meath Senior Shane Walsh kicked the South Meath’s side other point.

Both teams were disappointed with their first half showing as the scoreboard read 0-4 apiece at the break, with Na Fianna playing with the aid of a nice breeze for the second half.

Immediately on the restart, Na Fianna’s other Meath Senior star Ethan Devine burst through the Ashbourne defence to kick a great point as Na Fianna showed their intent. They gradually upped the intensity, turning over Donaghmore/Ashbourne kickouts and forcing mistakes out the field.

Luke Kelly won plenty of ball in the forwards and kicked a good point while Conor Downey surged forward at will and kicked two points.  Centre back Oisin McCloskey dispossessed his man numerous times while Jake McCreddin and Michael Farley were first to the ball constantly in defence.

Na Fianna exerted more and more influence as the game progressed with Daniel Queeney kicking some excellent points and Evan Henrick kicking a late point to put the gloss on the win.

After a poor opening round loss to Seneschalstown, Na Fianna look to be finding some good form at the right time, and they will need this and more for a semi-final clash in three weeks with a highly rated Gaeil Colmcille side. 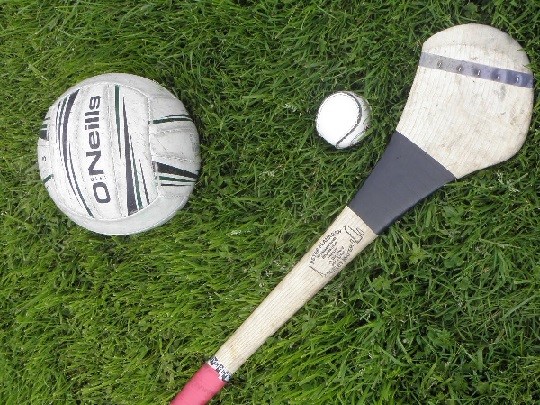